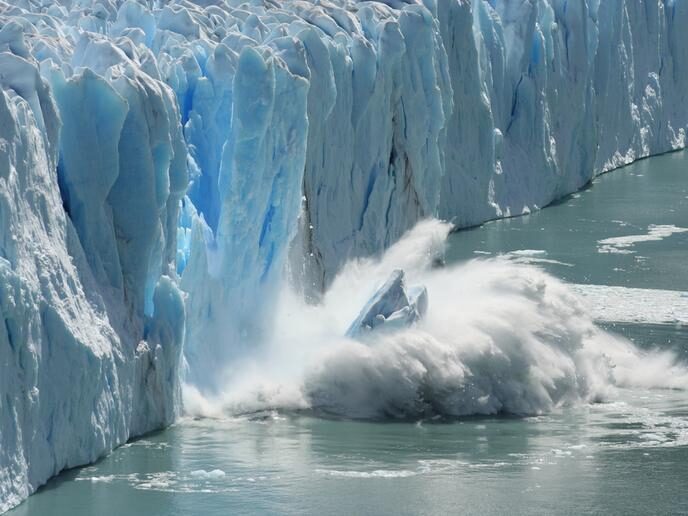 What will Earth be like in 50 or 100 years? To make such predictions, the closest thing we have to a crystal ball is data.

‘Climate models help make sense out of the current state of the climate,’ said Dr Debbie Rosen, a research manager at the University of Leeds. ‘They can also be used to understand how the climate changed in the past, and for projecting future change.’

The terms of the Paris Agreement, adopted by 196 parties in 2015, were discussed at the Glasgow COP26 summit from 31 October to 12 November 2021. ‘With data, policymakers can enact effective responses, such as the recent report published by the UN’s Intergovernmental Panel on Climate Change (IPCC) working group,’ said Pierre Friedlingstein, a professor of earth system science at the University of Exeter.

According to Friedlingstein, policymakers need two numbers. First, they need to know how much carbon humans can emit before it’s too late to reduce fossil fuel emissions and meet the 2°C target of the Paris Climate Agreement. Second, they need to know how fast emissions must be reduced if we are to stay below the 2°C threshold. ‘We get these numbers using climate models,’ he said.

One study by the CONSTRAIN project, which drew on results from some of the latest climate models, has demonstrated that the effects of human-induced warming can be untangled from the effects of natural climate variability on much shorter timescales than previously thought possible.

We hope this information will guide some of the decisions made at COP26 itself, but also help those working on climate adaptation and mitigation in planning their post-COP26 activities.

With this information, one can assess, for instance, how different cuts in emission levels could affect the speed of global warming over the next two decades. This is important as the faster temperatures increase, the less time we will have to adapt to the impacts. ‘We hope this information will guide some of the decisions made at COP26 itself, but also help those working on climate adaptation and mitigation in planning their post-COP26 activities,’ said Dr Rosen, who coordinates the CONSTRAIN project.

Closing in on calculations of the carbon cycle

Of course, climate models haven’t always been so advanced. It was only when earth system models (ESMs) began to feature in research that scientists could integrate the interactions of systems such as the atmosphere, oceans, land, ice and the biosphere into climate modelling. An ESM is a coupled climate model that includes the movement of carbon through the earth system.

‘These more advanced models represent the coupling between the climate system and the carbon cycle,’ noted Friedlingstein. ‘As a result, we can now use models to estimate the state of regional and global climate under a wide variety of conditions.’

As Friedlingstein explained, to determine how much carbon can be released before we hit a specified temperature increase (i.e. 2°C), one needs to first calculate how much of the carbon is being absorbed by natural carbon sinks like the ocean, and how much is going into the atmosphere.

To illustrate, let’s consider that an increase in emissions results in an increase in the amount of carbon dioxide (CO2) going into the oceans. For a variety of reasons, any increase in the amount of CO2 entering the ocean could negatively impact its ability to act as a carbon sink. ‘If the ocean absorbs less carbon, this means more CO2 will be put into the atmosphere, which ultimately means more global warming,’ observed Friedlingstein. ‘Climate models must incorporate this data.’

Although the CO2-carbon cycle and climate-carbon cycle feedbacks have been identified for more than a decade, scientists have yet to fully quantify these feedbacks. They also need to be able to confidently attribute past changes in the carbon cycle; this is key to being able to anticipate its future evolution.

‘There is an urgent need to better understand and better model the processes that drive the observed variability in atmospheric CO2 at seasonal-to-century timescales,’ stressed Friedlingstein. ‘This is how we improve climate projections and better inform climate mitigation and adaptation.’

Meeting this need is the 4C project, which is led by Friedlingstein. 4C scientists are using innovative methods and new observations to increase confidence in – and reduce uncertainty about – using ESM models. In so doing, they are helping improve the ability of these models to assess and predict carbon cycles and their impact on future climate change.

‘For the first time, we are able to predict the evolution of global carbon cycle variability over the coming decade, including atmospheric CO2, land and ocean carbon sinks, and climate response,’ noted Friedlingstein. ‘This information will prove critical to tracking our overall progress towards meeting the Paris Agreement goals.’

While enhancing ESMs’ ability to factor in carbon cycle variability represents a step change in terms of climate forecasting, there’s still more room for improvement, which is where the CRESCENDO project comes in.

‘Our goal is to provide a clear picture of the magnitude of global climate change and, in particular, how much carbon humans can still emit if we wish to keep global warming below certain levels,’ said CRESCENDO project leader, Colin Jones, who is a National Centre for Atmospheric Science (NCAS) senior scientist and professor at the University of Leeds.

The inclusion of nutrient nitrogen’s role in the various ESM terrestrial carbon cycle models is one of the project’s most important developments. ‘It is generally assumed that the photosynthetic uptake of CO2 by forests and plants will increase as the amount of CO2 in the atmosphere increases,’ explained Jones. ‘While this is true, plant growth is also limited by other factors such as the availability of water, nutrients, and most importantly, nitrogen.’

Our goal is to provide a clear picture of the magnitude of global climate change, and in particular, how much carbon humans can still emit if we wish to keep global warming below certain levels.

Because ESMs fail to include the role of nitrogen when calculating the Earth’s photosynthetic uptake of CO2, they miss a key control on future carbon uptake. ‘This means our estimates of how much carbon humans could release to stay below key warming targets is preliminary, at best,’ noted Jones.

Thanks to CRESCENDO’s efforts, numerous ESMs now include this important process. ‘This means our model estimates of future uptake of CO2 by the terrestrial biosphere are more realistic,’ added Jones. ‘This is a critical piece of knowledge required by policymakers for forming climate change mitigation plans with respect to the “when and how much” of reducing CO2 emissions.’

The models have spoken … now it’s time to act

We have the models, and we have the data. The question is, do we have the will to make the changes required to meet the Paris Agreement goals?

According to Friedlingstein, we have to make headway. ‘We’ve been saying what is going to happen for 30 years, and what we said was going to happen is now happening,’ he pointed out. ‘The governments have agreed, it’s time to act.’

Even if we miss our initial targets, Friedlingstein stressed the need to push on in the right direction and not lose momentum. After all, even a 2.5°C threshold is better than doing nothing. ‘If our climate models show one thing for sure, it is that any action is better than no action at all,’ he urged.

This article was originally published in Horizon, the EU Research and Innovation magazine

The research in this article was funded by the EU. If you liked this article, please consider sharing it on social media.