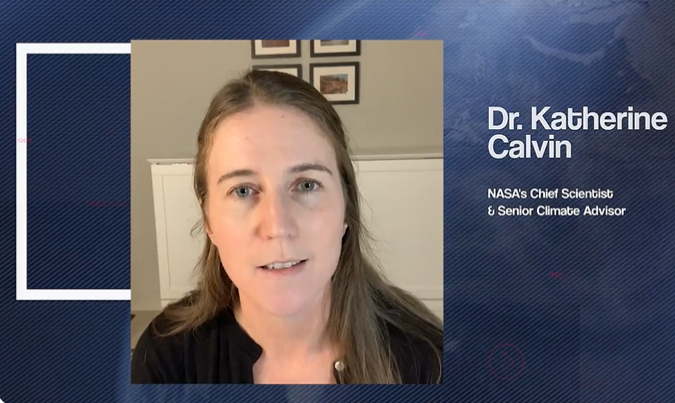 Katherine Calvin will serve the NASA agency in dual roles as chief scientist and senior climate advisor starting from January 10th, from her long-time base at PNNL’s Joint Global Change Research Institute, where she worked on the institute’s Global Change Analysis Model, a system for exploring and analyzing the relationships between human and Earth systems, and the Department of Energy’s Energy Exascale Earth System Model, a system for analyzing the Earth system.

Calvin succeeds Jim Green, who retired from his role Jan. 1 as chief scientist after more than 40 years of service at NASA, and Gavin Schmidt, who has served as senior climate advisor in an acting capacity since the position was created in February 2021. NASA established the senior climate advisor position to ensure effective fulfillment of the Biden-Harris Administration’s climate science objectives for the agency. Schmidt will maintain his role as director of NASA’s Goddard Institute for Space Studies in New York.

As chief scientist and senior climate advisor, Calvin will serve as principal advisor to the administrator and other agency leaders on NASA science programs, strategic planning, and policy. She will also represent the agency’s strategic science objectives and contributions to the national and international science communities.

In 2019 she received the IAMC Award for extraordinary contributions to the field of integrated assessment modeling for her energetic contribution to the IPCC Special Report on Climate Change and Land. She was originally the representative of the IAM community – and ensured that throughout the report also an integrated perspective on the relevant issues was taken, and also the IAM work was represented.

Her long standing contributions to the IAM research, including land use in IAMs, energy systems but increasingly the link between the Earth System Modelling community and the IAM community, and her major role with contributions to IAM/ESM cooperation projects in the US – but also as part of land-use MIP in CMIP6, were highly appreciated within the IAMC Community.